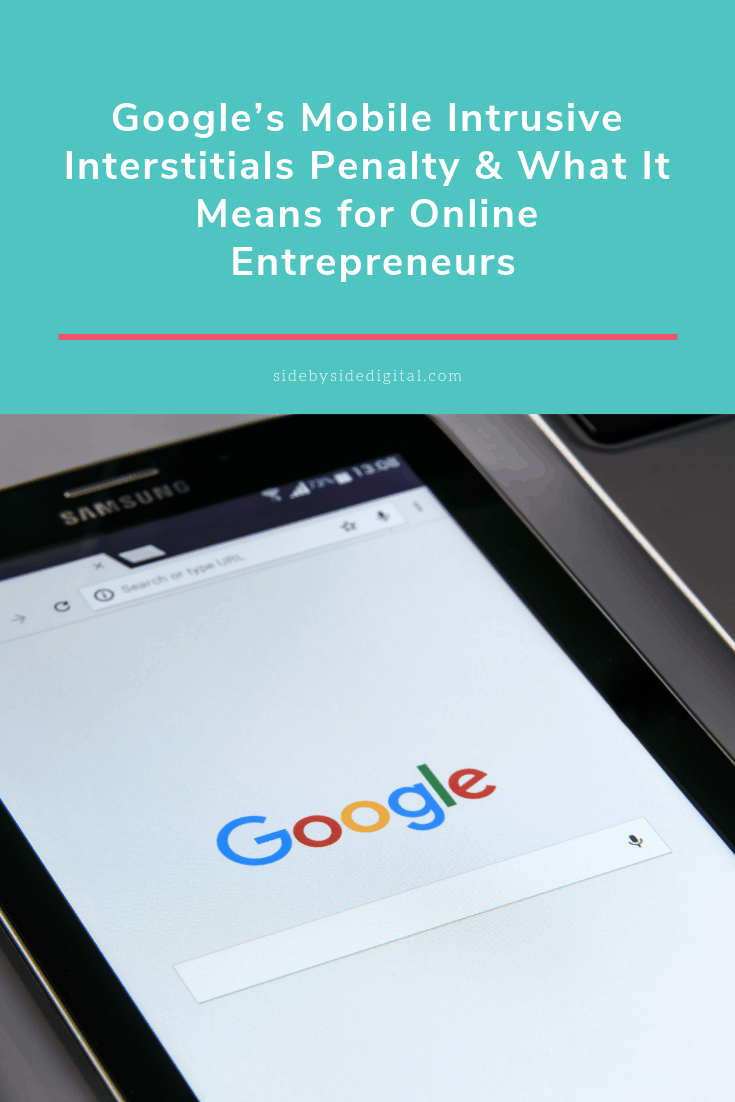 Your probably thinking to yourself – what the heck is Mobile Intrusive Interstitial Penalty??

Google announced almost 6 months ago that it was going to start cracking down on intrusive pop ups on mobile versions of websites. You might have these on your site, or at the very least are familiar with them,  these are the pop-ups that are typically used in a lead capture funnel.

From Google’s perspective, this type of ad “can be problematic on mobile devices where screens are often smaller.” As of January 10, 2017, Google announced that it will begin cracking down on “intrusive interstitials”.

Google will be potentially penalizing — i.e., lowering the rankings — of these web pages. Google said “pages where content is not easily accessible to a user on the transition from the mobile search results may not rank as highly.”

Google explained which types of interstitials are going to be problematic by making content less accessible to a user:

Google listed three types of interstitials that would not be affected by the new signal if “used responsibly.”

So, what does this mean for you?

It’s time to do a quick site audit and determine if you have pop ups that appear when a person would come to your site via a Google Search listing. This doesn’t mean just your homepage, actually it’s far more likely that a visitor will land on a more specific page of your site via a search result listing.

If you do, it’s time to take a look at your settings.  If you have an option to turn them off on mobile, go ahead and do that.  If not, you’ll probably have to rethink your lead capture strategy and move to something that is initiated by the visitor.

Would love to hear if you’ve experienced any changes in website traffic January 10th, drop a note in the comments below.

Welcome!! I'm Erica, Founder and Lead Developer at Side By Side, a long time lover of digital marketing, chocolate peanut butter cups and road trips with the family.
Our goal is to bring you clarity and confidence in your online marketing and business building. We take the stress and confusion out of having a website.

Side By Side, Digital Marketing

Side By Side is digital marketing company helping businesses succeed online through web design & development, SEO, and digital marketing. Every client is unique, and we dig deep to find the right approach for each of them.

Based in Waterloo, Ontario, we help entrepreneurs and small/medium business owners locally and beyond grow their online presence.